Weekend Warrior: "What if he can’t open the pickle jar?!" LM

Friday: Too hung over and tired to move. A Thursday night out with my whiskey girl, aka Jackie, at McFadden’s was enough to keep me immobile Friday. I spent the evening having dinner with Meghan at The Tombs and watching Friends.

Saturday: The initial plan was for me to take the Amtrak home in the afternoon, Lauren to pick me up, and then go straight to Hoboken St. Patrick’s Day. HoBOken St. Patrick’s Day was one of my favorite days of all time last year but I woke up so exhausted and knew it would be a struggle to get myself there. I was majorly relying on Lauren for the motivation. HOWEVER, Lauren texted me while I was still on the Amtrak train to talk about which train we would then get on to take to Hoboken. The trains were at weird times and showing that they would take 110 minutes, which is absurd, considering we could friggen get to NYC and back in that amount of time. Lauren threw out the idea to skip it, to which I responded: “You, me, dinner, wine, and Sona?” And this is why I adore Lauren: “Love love love love”. Done and done, we’re always on the same page. Excitement! I could not wait to spend time with the Laur Laur!

So she picked me up and on the way to Sushi Lounge we heard a car honking at us. We turned to our right to find two, 16 year old-ish looking guys, giving us the nod, “Hey, where are you going tonight, ladies?” I was laughing too much but Lauren rolls down her window, and in her flirty voice goes, “Dinner and Sona“. I mean, obviously. I wish you could hear her say it, “dinner and Sona (duh, btw aren’t we cute?)” It was perfect and so accurately captured our ability to think everything we do is funny. “Do you think other people find our quirky shit funny?” .. absolutely not. 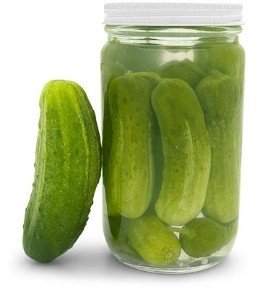 “Found the pickle jar, now we just need someone to open it!”

Dinner was soooooo good. Only in New Jersey can you go to a Sushi restaurant where a live DJ is playing the BEST house music (not better than Best DJ Ever but pretty good). Neither of us said it, but it was that feeling of knowing that this is just what we do, this is how we live, and some might find it obnoxious but it’s partly why Lauren and I are friends. We can do the slightly superficial, a little expensive, and outrageous lifestyle thing but know that at the core of us, we have a solid friendship built on so much more than all of that.

“Yeah, I just scream and yell until he, ya know, and then I act like I did too.”
You mean like, “Wow, omg, that took a lot out of me…get me a sandwich?”
“YES, exactly like that!” (You’ll never know who said what, suckas).

“Wait, I didn’t tell you about the time I…” (you wish you knew what, don’t ya?)
“No!!! You failed to mention that!!”
“Yeah, we even talked about it and I denied denied denied”
“Right, because, WHO DOES THAT?! No one ever really does that, except maybe dirty pirate hookers”

“It’s just so weird how things have changed in the last year, even in the last few months. I don’t understand how for so long it was expected that he would come out with us whenever we were home and now, we didn’t even ask him to come.”
“I know, it felt weird not telling him we were going to Sona. Maybe if we understood what the heck happened and why he’s chosen to completely block us out then we could figure out what to do about it. The ball is in his court.”
“Exactly. I miss the fun times. I even threw out a peace offering on Facebook by commenting on a picture of us and he hasn’t even said a word about it.”
“Who knows, he could apologize and talk it out with us so maybe we could go back to having fun and going out but I don’t know if it will ever be the same.”
“It’s so sad, I don’t know if we’ll be able to ‘Run This Town’ like we used to.”
[This portion is clearly trying to knock some sense into a very good friend of ours who is being a butthead. Disregard if you are not him.] 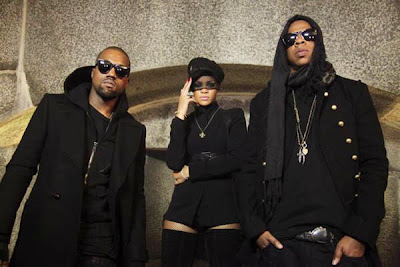 Anyway, we left Sushi Lounge and the great DJ to go to Sona for drinks. “Anyone for a jelly bean?” Lauren asked me while rummaging through her Louis looking for a bronzer brush but found a jelly bean instead. My goodness the organizational damage I could do to her poor Louis bag. She told me how she once found an open diet coke in there, “My shit was swimming in it!” We were dying. God, how I miss this girl. I always know I miss her but it’s moments like this when I really remember why I adore her. “I have nice shit, I really do, it’s just always EVERYWHERE.”

Once at Sona, we found our bartender love, Rocky, and ordered some drinks. The scene was low key still because it was earlier than our usual arrival time. We’re not used to being at Sona just the two of us because normally we’re at least there with the previously mentioned butthead friend. His usual inclusion solidifies that no one will approach us because they spend too much time trying to figure out the two girls and one guy trio, “Who’s with who? Is he gay? Are they both with him? Wait….what’s going on?” They get confused and move on. However, even without butthead friend there, guys still had trouble approaching us. We actually overheard and had that “ya know when you can just tell people are talking about you” thing MULTIPLE times. Guys stood there talking about how they wanted to talk to us instead of ACTUALLY doing it….for the most part. For the love of God, man up!

I always thought that maybe it was a vibe that I give off in NJ that explains why I get hit on less in NJ as opposed to in DC….obviously, in the least conceited way possible. In DC, I have a different level of confidence than I do in New Jersey but if I’m honest with myself, I can feel that changing. I am no longer feeling like the less pretty friend or intimidated by the girls dressed in clothes even skimpier than mine or anything ridiculous like that. Yes, sometimes I think I give off the, “I’m having way too much fun with my friends so don’t even waste your time bothering me” vibe in NJ but last night, we were just two completely approachable girls sipping vodka sodas. Then it hit me….maybe it’s not me, it’s THEM! Are guys who don’t live in cities inherently more immature? Maybe the city guys tend to be a bit older and independent so they have less insecurities about approaching women in bars..? I have a feeling I’m going to get some crap from my Jersey boys but ya’ll are doing it to yourselves so I don’t want to hear it.

Two precious guys finally approached us and to break the ice admitted to us, “We’ve been talking about coming over here for ten minutes…what are your names?” We made small talk, knowing they weren’t really our type and that was confirmed when the taller one asked the shorter one to show us his dance moves. His dance moves had names like “The Crossing Guard” and “The Garbage Man” (is anyone else getting visions of Kevin James in “Hitch”?) Anyway, I give them credit for having the balls to talk to us but really? Come on, really?

We also stumbled upon the guys from the car. “Ohh..uhh..ohh..oh are you the Beamer girls?” Like you didn’t recognize us and spend 15 minutes watching from afar, waiting for the right time to approach. Right. After them, a few others made their attempts and offered to buy us drinks. Some cute, some not so cute, but at this point we were ready to call it a night.

Moral of the story: Jackie is my whiskey girl, Lauren is the love of my life and any man would be lucky to come in second, Butthead friend needs to get over whatever his problem is because we miss him, New Jersey guys need to grow a pair, and someone needs to teach one New Jersey guy in particular some new dance moves.

So, for the next week I’ll be LOVING the “NJ accent, greased hair, gold chains, Jersey shore (not the tv show), A.C., Newark, landfills, Newark Airport, Jersey Shore (the tv show), and the NJTP” ~ Magic 8 Ball.

The trials, the tribulations, and the triumphs of a sassy and sophisticated 20 something girl
View all posts by sasssays →
This entry was posted in Weekend Warrior. Bookmark the permalink.

1 Response to Weekend Warrior: "What if he can’t open the pickle jar?!" LM